Many of the differences in the experience of alcohol and heroin addiction are due to their respective status in the eyes of the law. 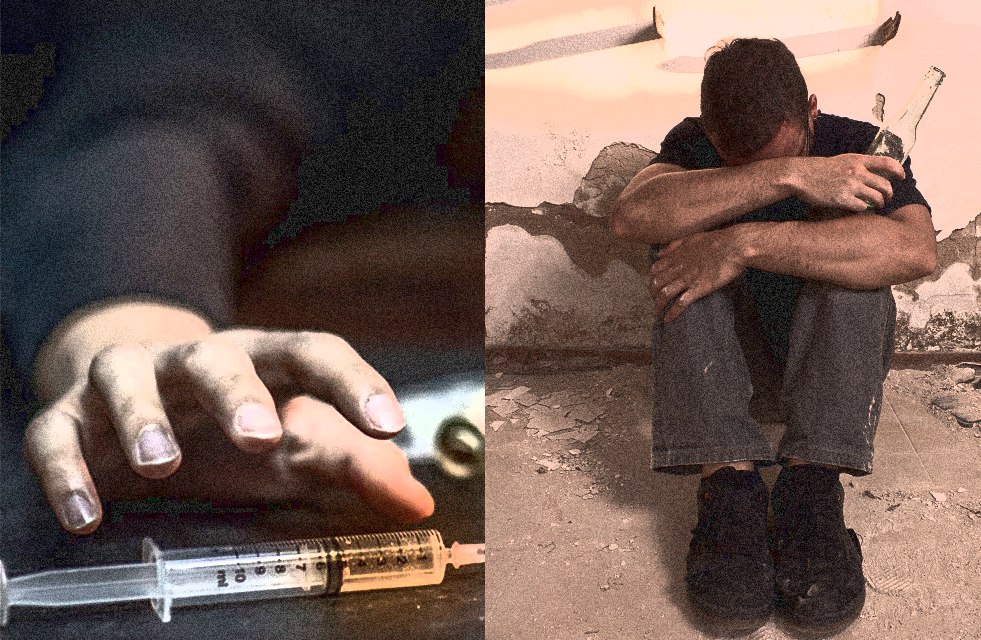 A friend asked:  Could alcoholism and opioid addiction actually be two separate, distinct disorders? “The patients seem so different.”

Indeed they do, at times. But you could also make a case that they have more in common with one another than with other prominent addictions — for instance, stimulants such as cocaine and the amphetamines.

I broke into treatment during an era when hospital-based patient populations were largely divided between IV heroin users and chronic alcoholics. We rarely saw anything else. When we did, we weren’t always sure what to do.

Take the case of a 56-year old matron, being treated by her psychiatrist for anxiety. She experienced a nasty gran mal seizure when she abruptly stopped taking her daily Valium. Her physician sent her to us to see if she had been abusing the drug. She claimed not, and we believed her.

We wondered if we’d stumbled on a case of low-dose benzodiazepine withdrawal. “Is that even possible?” the head nurse asked the medical director.

“Certainly not,” he assured her. “Valium does not produce a withdrawal syndrome. No doubt she’s actually an unidentified epileptic. The medication had simply concealed it.”

His recommendation: try another benzo, and this time don’t stop taking it.

Things were pretty crude back then. In some ways, they still are.

Alcohol and opioid addictions ordinarily feature a significant withdrawal syndrome that dictates much of the user’s behavior. It’s at the root of the maintenance pattern. The idea behind maintenance is to use enough of the substance to stave off withdrawal discomfort, which begins as the blood level drops below a certain level. The user’s elevated tolerance prevents them from experiencing the euphoria associated with drug use. “I don’t use dope to get high,” someone would say in group. “Not any more. I haven’t gotten high in years. I use dope to feel normal.” A form of practical self-medication of withdrawal symptoms.

The same elevated tolerance is at the root of the chronic user’s legendary ability to function despite having consumed large (perhaps in someone else, fatal) amounts of the substance. For them, it may be easier to operate a vehicle while under the influence. “I sure can’t drive when I’m sober and shaking,” one protested.

True story: a man anxious to make a good first impression on his wife’s psychiatrist forced himself to refrain from drinking on the day of their initial session. Unfortunately, the appointment was in the afternoon. By the time they arrived, he was trembling like a leaf in a stiff wind. He tried in vain to conceal the tremors by sitting on his hands. That just transferred the shakes to his whole body.

He made it through the session, at least. It was not a success.

Many of the differences in the experience of alcohol and heroin addiction are likely due to their respective status in the eyes of the law. Prohibition was abolished for alcohol but continued for opiates. Imagine a modern-day Elliot Ness running around busting into fancy steakhouses, rounding up the customers for alcohol violations.

Actually, that’s not so far from what can happen to an opioid addict.

Clinically, I think the biggest single difference between opioid and alcohol patients lies in the ability to establish stable abstinence. It’s a major reason why experts regard long-term maintenance on drugs such as methadone or buprenorphine, also opioids, as the “gold standard” for treatment.

Which makes it odd that throughout my career I’ve come into contact with a fairly large number of former opioid patients who have succeeded in staying clean. So I know it’s possible. Some began on maintenance and eventually tapered off. Others went through residential programs, perhaps an extended stay in a therapeutic community.

Invariably, those who succeeded had maintained their abstinence from opioids by 1) making major positive changes in lifestyle, and 2) continuing involvement in a recovery fellowship of some type.

That seems to hold true for many others in recovery as well as for opioid users.

Here’s an article on what science has learned about long-term recovery. It’s from 2002, but the lessons remain useful. You can decide for yourself.

Alcoholism in the Hospital

Drinking Problem, or Problem with Drinking?