Apparently, many voluntary self-excluders later change their minds in favor of a return to old behavior. 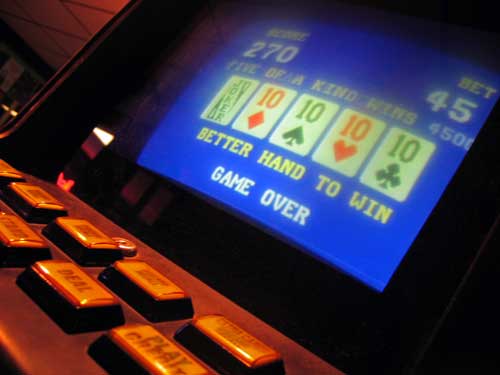 is an interesting snapshot of life in the very early morning hours at a casino, with comments from  a counselor whose job it is to help compulsive gamblers find their way into recovery. As the article notes: “[the compulsive group] are gamblers so bankrupt and so desperate that some turn to… self-exclusion— volunteering to be banned from the casino in an attempt to go cold turkey and repair their deranged family and business lives. Their photos are on file, and they are blocked at the entrances when they are recognized.”

Apparently, many voluntary self-excluders change their minds later and attempt to return to old behavior. I imagine there are some inventive disguises involved.

The field of addiction treatment is full of tales of desperate measures. I recall one criminal court judge in a small desert community who practiced a version of ‘controlled drinking’ that involved handing his keys to the bartender at the beginning of the evening, with firm instructions not to return them, no matter what threats were made. That left the judge free to drink to the point of near-collapse. Whereupon the bartender would call for a deputy to transport the judge safely to his home.

Hard to believe that this same judge was known far and wide for harsh sentences on DWI offenders. OK, maybe that’s not so hard to believe.

Without the influence of drugs, what motivates such devotion to gambling, particularly in the face of severe consequences? One theory is an emotional need for a certain type of excitement that is provided by high-risk behavior. Another theory emphasizes “the zone”, a mental state where reality and its problems are set aside in favor of the rituals of mindless play.

Your guess is as good as mine. In a way, modern video gambling is an extension of the childhood practice of playing video games for extended periods. Kids immerse themselves in the experience. Does that lay the groundwork for video gambling as adults? Seems like a small step from Worlds of Warcraft to online poker– certainly when compared to waiting your turn at the craps table or standing in line at the racetrack window. Might even feel a bit like a comforting return to childhood.

And sure enough, video game-related “skins gambling” is already a major factor in compulsive gambling among teens.

Some researchers use distraction to evaluate video gaming in children and adolescents. The researcher  allows play to continue, then interrupts it for 30 seconds with another activity. After that, the player can choose to return immediately to the game, or take a longer break, outside in the sunshine, or with a snack. Those whose play is less compulsive are more likely to go for the longer break, while the rest… well, it’s a good way to screen for potential pathology.

For those who are interested, here’s our earlier piece on the explosive growth of video machine gambling.