Picture a horde of lemmings suddenly deciding to change direction and stampede off a different cliff. 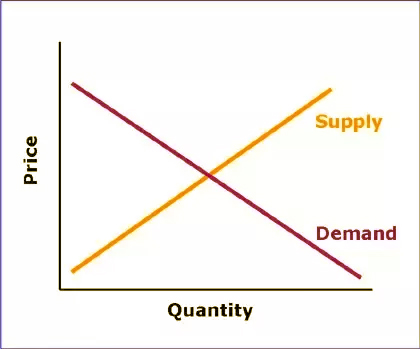 A recent article in the Washington Post argues that it would be unwise of our government to switch its focus solely to the demand side of the drug problem, if it means ignoring the supply side. The two go hand in hand in the growth of any drug epidemic, and both must be addressed in the remedy.

Sure, the War on Drugs has featured a wild overemphasis on interdiction and enforcement since the day it began. Treatment and prevention were neglected — an important error. Still, dropping our efforts to stem the supply would be another mistake, just in reverse.

Like a horde of lemmings that suddenly decide to change direction and stampede off a different cliff.

What will work? Our approach to date has been so perversely one-handed that it will no doubt take us time to arrive at a useful balance. The opioid legislation approved by Congress earlier this year was a start, but also one that nearly every expert readily acknowledged, even before it was approved, likely won’t be sufficient.

Does that seem like a good strategy to you? Doing just enough not to succeed?

As an aside, this Spring saw the anticipated collapse of the Mexican opium market. That’s due to a change in business philosophy on the part of the cartels. They moved away from reliance on heroin in favor of investment in synthetic opioids– principally fentanyl.

This isn’t so hard to understand. Fentanyl is easier to produce, more profitable to distribute, and more potent in effect (thus more attractive to customers).

And there’s no need to worry about troops hunting down and destroying your poppy fields. We don’t have fentanyl fields.

Predictably, most of the financial pain will be felt by poor farmers in impoverished regions of southwest Mexico. Their crops are worth a fraction of their former value. They have no way to replace that income. It’s almost a dead loss. I guess they’ll go back to starving. Perhaps some will join those refugees on their way to the US border.

It isn’t easy to feel sorry for people who were so directly involved in feeding a worldwide drug epidemic, but I can understand how and why they got into the business. They’re no different than those other poor farmers, probably 200,000 or so, in Helmand and Kandahar, who have grown the bulk of the world’s opium. Or the struggling fishermen in our own coastal areas who use their boats to smuggle cannabis under cover of night. They got into it to supplement a meager income.

The bottom could easily fall out of those markets, too.

When the price of goods drops dramatically, that’s when people begin to question their life choices.