We will have to deal with electronic smoking, which has exploded among young people even as cigarette use has declined. 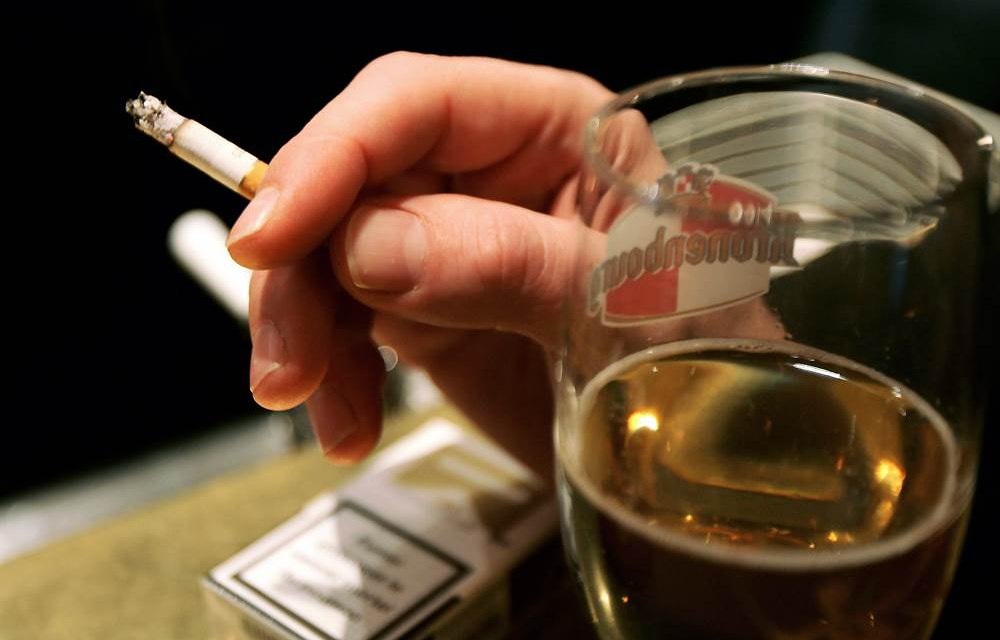 Here’s an interesting article about the respective challenges faced by society in managing our chronic problems related to alcohol. The article’s point seems to be that strategies and tactics that helped reduce tobacco consumption won’t be as effective with drinking– they attribute this to the “wide social acceptance” enjoyed by alcohol . I thought that was odd, because many of the strategies used with smoking are based on ones used with alcohol.  For instance:

I doubt anyone wants to bust drivers for lighting up a Marlboro in the car.  Not what I think of as progress. Also, we do currently have nonalcoholic substitutes for wine and beer, but since they’re nonaddictive (unlike e-cigs and vaping), the comparison isn’t apt.

I am aware of a growing body of research that suggests an adverse impact of parental alcohol abuse on children, especially young children. If you’re reading this, you’re probably already familiar with the role alcohol plays in a host of medical, psychological, and social problems that have plagued society for centuries and were the original motive behind the Temperance movement. That didn’t work, but alcohol continues to do a great deal of damage to society, in a host of different ways.

Maybe we should be hearing more about that. Using data rather than emotion to make our case.

I’m not a fan of attempts to scare / shame people into changing addictive behavior. It’s been tried. I can see some advantages in increasing peoples’ awareness of the damage done, on a daily basis, to all sorts of people, all over the world.