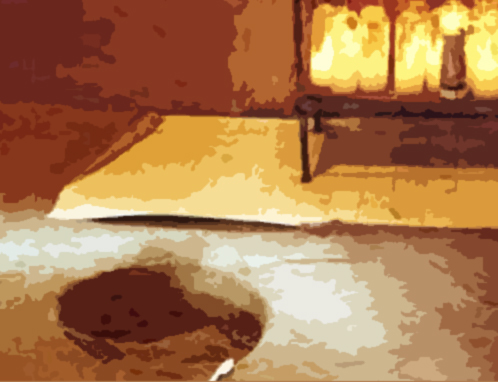 The local papers carried an interesting piece on the problems of a once-promising political figure from the tiny village of Chimayo NM, just north of Santa Fe. The story’s a familiar one: rising young star with a knee injury is prescribed Oxycontin for pain, becomes dependent, loses control, turns to heroin because it’s cheaper, easier to obtain. He’s eventually arrested, has to resign, then tells his story as a warning to others. Future: uncertain.

The most interesting part may be where this young man grew up. Chimayo is a ‘census designated place’ of only 3,000 residents. Despite its small size, Chimayo is known nationally for three things: One is red chile, the tongue-searing New Mexico staple. Another is El  Santuario de Chimayo, one of America’s most famous healing shrines, sometimes described as “the Lourdes of the Southwest”. (It’s worth a look.)

The third thing: Heroin. Take a moment to Google heroin and Chimayo and you’ll see news stories that go back a long way — stories that sound much the same because relatively little has changed. Chimayo and surrounding Rio Arriba County have long struggled with heroin overdose rates that exceed ten times the national average. A crackdown in 1999 caused much of the heroin traffic to move to neighboring Espanola, now among the nation’s leaders in per capita fatal ODs.

This is a place that experts come to study the epidemiology of heroin addiction. The rest of the country is just now getting accustomed to the idea of distributing Narcan to addicts so they can revive one another in the event of overdose. In Rio Arriba, they’ve been doing it since 2008. Same with needle exchange– vans regularly visit homes in the rural areas to provide fresh needles. You want outcome data for harm reduction programs? Good chance they have it.

Much of the drug use here is multi-generational. Transmission begins within the extended family. Young people are surrounded by drug users, are introduced to use by their elders. Eventually they grow up and pass it on to the generation that follows. Remember, some families have lived and worked in this valley since the 1600’s. For them, addiction to heroin is a hereditary familial disease. As one social worker put it: “I’m more surprised when somebody who grew up in one of these families doesn’t wind up hooked on drugs.”

There’s no easy solution. It’s more a matter of well-planned, well-funded community-based prevention and treatment efforts, implemented without interruption over the course of many years.

Or failing that, what about a miracle?