A new study may be exciting to read, but its credibility will ultimately depend on the accumulation of a body of evidence that confirms it.

I found this a well-reasoned article on the problems involved in making use of new findings from nutrition science. Turns out that the public is way too eager to make changes based on insufficient information. That’s something we experience in the addictions field, as well.

As with nutrition science, people often complain that addictions research is “all over the place”, filled with contradictions. But it isn’t. There’s a reasonably high degree of consistency, overall.

That doesn’t always come through in the media. So-called outliers, studies that can be portrayed as contradicting a prevailing belief, will draw attention, because we tend to read them. That’s what earns clicks that drive ad rates on the Internet. It’s the equivalent of the “man bites dog” story in the print world.

It’s also why I’m usually reserved when it comes to incorporating something quite new into current programming. My response to articles that proclaim the success of medical marijuana programs or hallucinogen therapy with opioid disorder patients is, “Maybe we better wait, see what happens.”

Again, as with food, we tend to view research on drugs and alcohol in the context of our own personal experience. Someone interested enough to read about the effect of cannabis on sleep or mood or appetite is likely to have already used the drug and drawn their own conclusions based on that. That’s where confirmation bias comes in.

Definition:  “the tendency to interpret new evidence as confirmation of one’s existing beliefs or theories.” And conversely, to doubt evidence if it happens to contradict those beliefs.

That applies to treatment and recovery, as well. I quit smoking when cold turkey was pretty much the only alternative we had. Worked for me, after a couple of missteps, and I’ve always suspected that ultimately, it was the only thing that would. I’m just one of those folks that needs to tough it out.

Nevertheless, I know plenty of people who made use of gum and patch and pill, and a couple who actually went to inpatient rehabs. The only conclusion I can draw is: there’s more than one way to skin that particular cat.

Scientific “proof” is the result of structured research and experiment– a time-consuming, labor-intensive approach that rarely yields quick, definitive conclusions.  A new study may be exciting to read, but its credibility will ultimately depend on the accumulation of a body of evidence that confirms it.

As one professor explained it: The intent of science isn’t to be exciting, it’s to be accurate and true. From the public’s viewpoint, that means we do best when we carefully evaluate new information, using the most reliable sources we can find.

As the Dread Pirate Westley so elegantly put it: “Anyone who says different is selling something.” 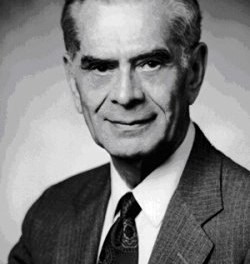