The list of deaths from the practice is long and oddly prestigious, featuring celebs such as John Belushi and Chris Farley, among many others. 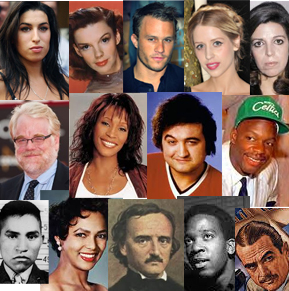 Given our preoccupation with opioids, we’may have neglected some important events involving a group of drugs that not so long ago dominated our attention. I’m talking about the psychostimulants— cocaine, methamphetamine, Ecstasy (MDMA), and the rest. They’re still around, still a problem, and nearly as popular as ever.

One change: They appear more dangerous than before, based on the introduction of fentanyl into the supply chain. It’s possible that ingesting coke or meth can result in a fatality.

For perspective, the report covers the period from 2003 to 2017, concluding that in recent years, stimulant OD deaths increased “across age groups, racial/ethnic groups, county urbanization levels, and multiple states.” In other words, virtually across the board. That’s typical of many drug epidemics.

And things are getting worse. During 2015-16, the USA experienced a dramatic surge in fatalities from both cocaine and the synthetic stimulants. The force behind it– synthetic opioids.

Stimulants and opioids have long been a popular combo among users. Their contrasting effects can  offset some of the less pleasant aspects of both drugs — oversedation and overstimulation. Because stimulants and depressants act on different parts of the nervous system, the user depends on an area of “overlap” to produce the desired outcome. Sometimes that works better than others. And other times, things don’t go well at all.

The brain receives two powerful but contradictory messages, and the stimulant wears off first. That leaves the user vulnerable to an excessive impact from the opioid, if for instance he or she 1) misjudged the dose or 2) seriously overestimated their tolerance.

Which is not that difficult. The list of fatalities is long and oddly distinguished — names such as John Belushi and Chris Farley, among many others.

In the past, researchers have noted a pattern where opioid use appears to spike as a stimulant epidemic winds down– for instance, heroin makes a comeback among cocaine users who are attempting to cut down on cocaine toxicity — which often features sleeplessness, panic attacks, paranoia, hallucinations, and sexual dysfunction. The opioid relieves some of the symptoms, but, as many users have discovered,  can quickly present a whole new set of problems.

From the CDC Report: “During 2003–2017, rates for all cocaine-involved deaths peaked initially in 2006, decreased during 2006–2012, and increased again during 2012–2017.” Sounds like cocaine never went away entirely, just declined in popularity, only to come roaring back as the opioid epidemic matured.

The Report elegantly refers to this as evidence of a “continuing evolution of the drug landscape.”

It appears we’ll be navigating that landscape for a while yet.