Willing not only to think outside the box, but to stomp the box flat if need be. 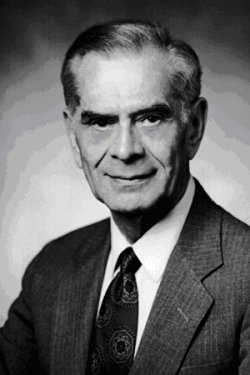 I’m late on this, because I only recently learned of the passing of James Milam PhD– a major influence on me and a lot of others in this field, I think. A nice write-up from the Seattle Times.

I hadn’t spoken with Jim in a couple decades, but the stories came flooding back to me. We’d been using his monograph The Emergent Comprehensive Concept at Arlington Hospital outside DC and I was puzzled over the precise meaning of cross-addiction. One slow evening in Detox I picked up the phone to leave a short message at his office. We’d never met, but he called back in less than ten minutes. “Look, if you’re going to work with alcoholics, you need to be straight on this,” he informed me. I’d already been in the field for 7 or 8 years, but apparently that was no defense. “Treatment is full of people who don’t know anything about alcoholism,” he insisted. “It’s a miracle anyone ever gets well.” I’m paraphrasing a bit, but you get the gist.

Milam had a remarkable mind– the word that comes to me is fearless. Willing not only to think outside the box, but to stomp the box flat if need be. This was back when just the act of standing up in front of an audience of physicians and calling addiction a disease was likely to get you hooted from the room (I know, it happened to me). How things change, huh?

It was Jim who introduced me to the importance of a conscious paradigm shift, from viewing addiction as primarily a psychological phenomenon to one rooted in physiology. Trained as a scientist, Jim had unending faith in the scientific process, but not so much in the quality of most research in the field. I regret to say the passing years have confirmed some of his early suspicions.

Under The Influence, the book he co-wrote with Katherine Ketcham, greatly expanded his audience. It sold several hundred thousand copies, I believe. One day he called me to ask if I was interested in co-authoring a sequel with him. He had a title picked out: “Out from Under”. I was flattered, but also a bit anxious about the process. I’d seen Jim send a steak back three times to get it cooked just the way he wanted it, and I suspect co-authorship might have been like that. Anyway, he called back a few weeks later and said he’d changed his mind and would write it himself.

By the way, here’s a link to a more recent book of his, “Ending the Drug Addiction Pandemic: Discovering the Liberating Truth.”

I recall his wonderful, biting, self-deprecating sense of humor. Once he phoned after an annual checkup. He’d gone to the doctor thinking he’d hear some warning that would motivate him to quit smoking. Apparently he was healthy as a horse. “You were hoping for cancer?” his wife teased him.

He made it well past 90 years of age, so something must have gone right.

I want to thank you, Dr. James R. Milam, for all you gave to the field of treatment, and to me personally, and to generations of suffering alcoholics, including those still stuck in the pipeline to nowhere. It’s not often in life we get to meet a truly original thinker, and you qualify.

DUI During a Pandemic