Some good news: despite continuing struggles, Kentucky and West Virginia did not experience a significant increase in fatalities versus 2013. 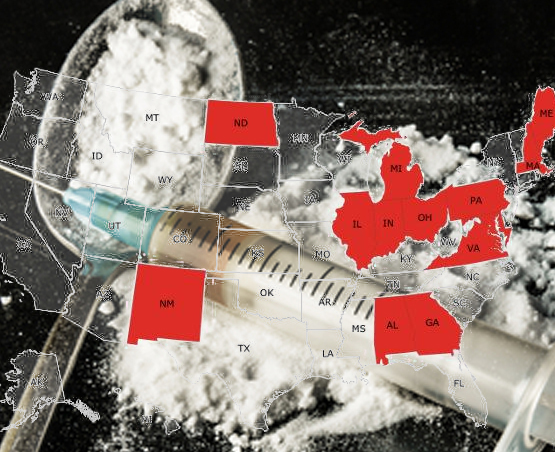 The other day the New York Times scared everyone unnecessarily with a headline claiming that overdose deaths in the US exceeded 500,000 in 2014. “What?” came screams from around the nation.

Of course, fifty thousand is still terrible, and a significant uptick from 2013. But it always helps to drill down a ways into such stats.

Let me take a moment to clarify something that keeps showing up in media accounts of the epidemic: An opioid is a synthetic designed to mimic the painkilling effects of morphine; they’re quite different from morphine derivatives in composition. Opiates, on the other hand, are the so-called ‘natural’ painkillers derived from the poppy plant– opium, codeine, morphine.

You’ll sometimes find heroin in both categories because it’s a semi-synthetic. Heroin incorporates natural plant material but is produced in the lab and doesn’t exist in nature. Methadone and buprenorphine by comparison are true synthetics, along with Oxycontin, Vicodin, etc. In fact, methadone (originally dolophine) was developed by German scientists during a severe morphine shortage during WWII.

Back to the main subject: the Centers for Disease Control notes that the real increase occurred primarily in 14 states. Although every state experienced fatalities, the growth in 2014 was concentrated among these: Alabama, Georgia, Illinois, Indiana, Maine, Maryland, Massachusetts, Michigan, New Hampshire, New Mexico, North Dakota, Ohio, Pennsylvania and Virginia.

Notably excluded are California, Texas, New York and New Jersey, Florida, Colorado, Arizona, the whole Pacific Northwest… that’s a good thing. Not sure how much it might change in the next 12 months, however. We’ll see.

The five states with the highest per capita rates of OD fatalities? West Virginia and Kentucky, naturally, because they were among the very first to be hit with an explosion in prescription drug abuse. That put them among the leaders in OD rates and fueled a later increase in heroin ODs. Others in the top 5 (or should that be bottom 5?) are New Mexico, Ohio, and New Hampshire. The Granite State has undertaken an ambitious statewide campaign against ODs. The other states have made notable strides in that respect as well.

Some good news: despite continuing struggles, Kentucky and West Virginia did not experience a further increase in fatalities versus 2013. That suggests that something they’re doing is working.

And perhaps can serve as motivation for other states to follow that path.