The larger issue is that most drug pricing is still market-driven, or as my endocrinologist puts it, “they charge whatever they can get away with charging.”

This recent NYT article begins with the case of a 28 year old woman who wants her insurance company to authorize a buprenorphine med for her chronic stomach pain. The article doesn’t specify the diagnosis, which could make a difference. The buprenorphine med she seeks costs $325 a month ($3900 annually), and her insurance company declined the request in favor of a long-acting form of morphine that runs around $700 a year. The patient doesn’t want morphine when a less risky alternative is available. Can’t blame her for that, can we?

Ordinarily an insurance company will encourage physicians to use a less costly option when one’s available. The physician is expected to monitor the patient to see if certain problems arise that can justify a switch to a more expensive drug. In practice, those problems are:

I should clarify: Misuse ordinarily refers to a patient who takes the medication other than as directed– misses doses, takes too many, mixes with alcohol, etc. Abuse occurs when problems appear– oversedation, falling, DUI, etc. Dependence refers to tolerance (need for larger doses to get desired effect) and withdrawal (somatic discomfort when the drug isn’t available). Addiction is a disorder characterized by craving or compulsion and continued use despite the adverse consequences that result.

Both morphine and buprenorphine are opioids, so that’s not the issue. And if you’re taking either one daily, you’re likely to experience some rebound symptoms when you stop — that’s why a taper is recommended.  As the article notes, buprenorphine’s advantage is a lower risk of unintended OD. Which we’d all agree is a good thing.

Lyrica, also mentioned, is not an opioid. But it’s pricey: $300-400 a month, making it less desirable from the payer’s perspective. Lyrica also has abuse potential. From a website where its fans congregate:

“I was given Lyrica for my neurotic pain, and it did wonders for the pain and gave me immediate relief. The other thing that I noticed was it took me into a euphoric state, which was awesome! I can say that I am addicted to Lyrica and will not leave it for any other medicine. This is one of the best drugs to make you feel drunk.”

I’d be careful with Lyrica, too.

The larger issue is that most drug pricing remains market-driven, or as my endocrinologist put it, “whatever they can get away with charging.” Although politicians on both sides of the aisle agree that the current system is abusable, nobody has yet been able to do anything about it. I can almost guarantee them that the voters would reward any politician who successfully implemented a ‘fix’ of the current system.

But elements within the corporate world, and their lobbyists, would not. At the moment, the scales still tip their way. 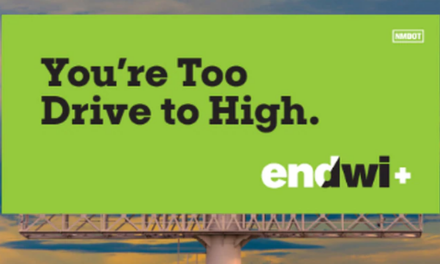 “You’re Too Drive to High”