What underlies these defenses is anxiety. We’re afraid of what we might find out. 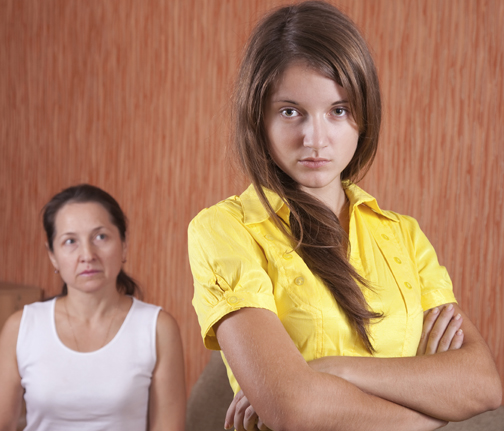 I work with adolescents, and it’s a constant challenge to get parents involved in any kind of treatment. It’s not that they treat it as a joke, but they don’t seem to grasp the seriousness of the problem. You’d think they’d be more concerned about what’s happening with their kids.”

I’m sure they would be more concerned, if they could perceive things accurately, but their perspective is usually distorted by defenses. Our challenge is to get around those.

Still, most parents have incentive for change, because they suffer many of the consequences of the kid’s problem. The trick is to get them to see that more clearly.

Some examples of those defenses:

Denial, or an inability to perceive the extent and severity of the kids problem. Usually comes out as an expression of disbelief: “I can’t accept that. He’s just not that sort.”

Rationalizing, or excuse making. “Could this be a phase? Kids have problems, don’t they? Or maybe there’s another explanation?”

Externalizing, or blaming outside circumstances. “It’s that group he hangs around with. They’re bad news. Maybe he could live with his grandmother. Maybe a new school?”

Minimizing, or discounting the seriousness of the problem. “This could all turn out to be nothing. I don’t want to overreact. If something else happens, then I’ll worry.”

Intellectualizing, or disputing meanings or interpretations. “What’s your definition of addicted? He doesn’t use heroin or anything like that.”

Active negativism, or open defiance. “This is BS. You don’t know anything about our family.”

Passive negativism, or covert undermining: “Sorry we missed the family meeting. Something came up.”

Anyway, what underlies these defenses is anxiety. We’re afraid of what we might find out, so we avoid taking a look.

Much of the early work with families involves exactly this challenge: the need to help them confront reality while simultaneously providing reassurance that if they do, the family itself won’t collapse.