The author cites a meta-analysis conducted by another group that some 47% of frequent cannabis users, both recreational and medical, were experiencing withdrawal symptoms.

Seems to me this has been a neglected aspect of the discussion around cannabis legalization and decriminalization. Here’s one example:

It’s from Yahoo News, not one of my usual sources, but written by one of the principal researchers on a large study conducted at the U. of Michigan. The study focused on withdrawal symptoms among 527 chronic pain patients who were enrolled in medical marijuana programs. Among the findings: nearly 60% of subjects described moderate to severe withdrawal when they stopped or significantly cut back on cannabis consumption. Even for brief periods.

The most common symptoms were, predictably– anxiety, irritability, and insomnia. Classic signs of physical dependence, and most likely a key factor in the patient’s continuing reliance on cannabis. Subjects reported feeling better after taking cannabis, but worse after it wore off. No, the symptoms aren’t as dramatic as with alcohol or heroin, but surely strong enough to trigger cravings for more substance use.

Part of our concern is because of the phenomenal growth nationwide of cannabis use among vulnerable populations. Not just chronic pain patients but among older adults in general, as well as others with a range of medical and mental health needs.

The author goes on to report that “…cannabis withdrawal symptoms were more severe in younger people, people with mental health problems, people who had a longer history of cannabis use, and people who used more frequently or in larger amounts.”

Not surprisingly, those are risk groups for needing treatment. By the way, smoking cannabis appears to correlate with more severe withdrawal symptoms. I imagine that includes vaping.

And it’s not just pain patients. The author cites a meta-analysis conducted by another group that some 47% of frequent cannabis users, both recreational and medical, were experiencing withdrawal symptoms.

She closes: ”As cannabis use increases across the U.S., it’s important for people to understand that regular use can lead to withdrawals, and to know what those symptoms are.”

I agree. It seems only logical that continued cannabis use, accompanied by withdrawal, could certainly affect outcomes for people seeking help with alcohol, opioid, or stimulant disorders. They may not recognize that, of course. To the patient, cannabis would be viewed as a solution, not another part of the problem.

“It says so right there in the name,” insisted a rehab patient. “Medical marijuana.” 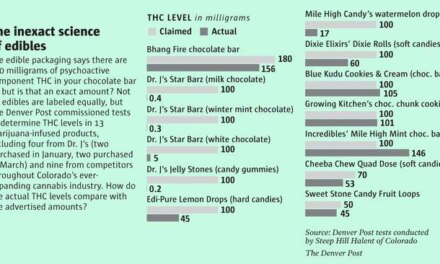