Mike insists that everybody who knows him has commented on how much better he seems since he started up with the toad venom. Of course, I’m not sure how often people are willing to openly contradict Iron Mike. 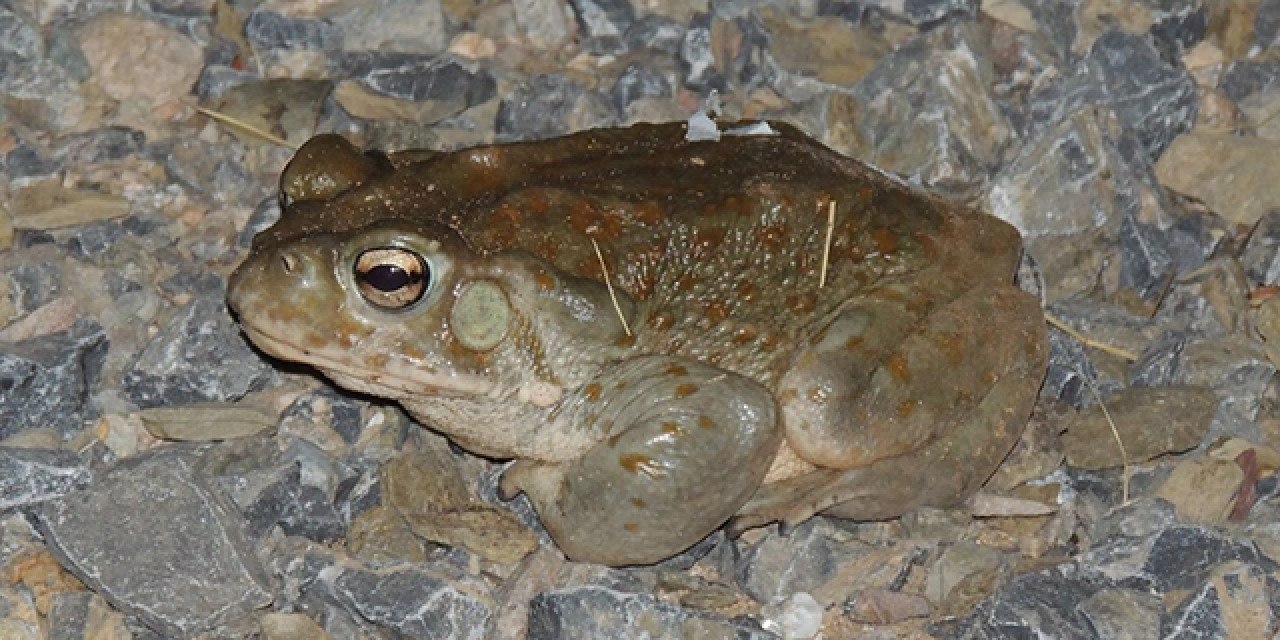 Psychedelic drugs received a celebrity endorsement recently, this time from an unlikely source – former heavyweight champ Mike Tyson. You remember Iron Mike, right? Of whom another boxer once said, you watch him on TV and you can see a dozen ways to beat the guy. But then the bell sounds and he runs across the ring and hits you in the shoulder and your whole arm goes dead and suddenly you can’t lift it.

So much for planning.

Anyway, during the latter half of his career, Mike was known as much for crazy stunts as for knockouts – like biting Evander Holyfield on the ear during a clinch or confessing use of a prosthetic penis full of baby urine to pass a mandatory drug test.

All that was in the past, we’re told. Now he’s advocating for the drug he claims helped him back to sanity: toad venom. “Oh no,” said my wife. “People are licking toads again?” Poor toads. Apparently this was a brief fad in the ‘80s. But now they’re mostly smoking or swallowing the venom.

This story emerged at a conference in Miami called “Wonderland”, billed as ‘the largest-ever business gathering in the psychedelic medicine sector.” By the way, according to sponsors that’s the fastest-growing segment of the healthcare market. During his presentation, Tyson revealed that he had smoked pot laced with toad venom on 53 separate occasions, often as much as three times a day. As a result, he claimed, he’d been able to straighten out his life, shed more than a hundred pounds, put an end to his cocaine habit, and even come up with his own line of cannabis products — available for sale.

Mike insists that everybody who knows him has commented on how much better he seems since he started up with the toad venom. Of course, I’m not sure how often people are willing to openly contradict Iron Mike.

About celeb endorsements in general: I guess the idea is that if someone famous is photographed holding up your product, it must be good. That’s not so different from boasting that a ‘medical doctor’ supports use of your company’s revolutionary new diet pills, nutritional supplements, or skin cream.

Celebrities were certainly prominent in ads for cigarettes in the 1930s and beyond. Spencer Tracy, Claudette Colbert, Bogart and Bacall, among others. Marlene Dietrich was in a full-page ad for Lucky Strike quoted as insisting “scientific tests proved” that Luckies were milder than the competition.

Trust science. Except the made-up sort you often find in commercial advertisements.

Athletes were valued by some advertisers because their obvious good health ‘proved’ the company’s product was actually good for you –  important when that same product was already suspected of sickening or even killing off some of its users.

Back to toad venom: If, like me, you’re one of the people who missed the first toad licking outbreak, it appears that simply licking the toad doesn’t work, except perhaps to poison yourself. The venom must be processed to release the psychedelic content. The toad itself is the Colorado River variety, native to the American Southwest and I presume the Mexican desert. Here’s a link.

As for hallucinogenic properties, toad venom would be comparable to DMT except stronger. I don’t know how smoking it three times a day plus cannabis would make Iron Mike’s thinking any clearer.  But he insists it does.

I suppose like other psychedelics it could be of some therapeutic value to certain patients in a controlled setting, accompanied by a skilled therapist. That doesn’t justify the wild enthusiasm exhibited by people lining up to learn how to become purveyors of commercial toad venom, at glitzy venues like the Wonderland extravaganza. Maybe they have other plans in mind for the drug. Future legalization for recreational use?

Anyway, I suspect the principal intoxicant available at such events is greed.