With the increased risk of overdose from fentanyl and other synthetics, the path to recovery may be even bumpier, in terms of repeat emergencies. The folks in the Business Office would rather avoid that.

It looked for a minute like the mandate to cover mental health and substance use disorders would remain in the GOP-revised health care law, but when I checked again, it seems to have been removed. I’d be surprised if this represents a final version. But even if the mandate finds its way back into law, there remain a number of potential flaws that could materially affect availability and access to treatment services. For instance:

Currently, the Affordable Care Act requires that certain plans cover a prescribed percent of the expense of treatment. But that’s missing from the draft of the new law. In the revised system, the percent of covered expense is left up to the insurance company offering the plan.

Ordinarily, insurance plans keep expenses at what they consider manageable levels by reducing their share of the costs for certain services. The patient is responsible for the remainder. Under the new law, the patient’s portion is certain to increase substantially. That could serious indebtedness for some patients and families. Others, aware of how much they will have to pay, will simply avoid treatment altogether, because they don’t have the money.

I’m concerned the information may be relegated to the fine print. A salesman could  assure the customer that the Plan did cover treatment, but neglect to direct him or her to the all-important Section 114, paragraph D-2, lines 6-9, where they learned that ‘covered’ does not mean what they hoped it meant.

It helps to remember that mental health and addictions services are emphatically not the business insurance companies fight to get. That’s why mandates were needed in the first place. Otherwise many  plans would simply opt out. That could easily happen again, of course. A state would presumably have to pass its own laws to ensure that it didn’t– leaving it up to the political process in that state.

This isn’t good for society as a whole, because the public health costs associated with untreated behavioral health problems are just enormous. Without insurance, those costs get shifted to the taxpayer, through hospital care and jails that brim over with the sick, who could be managed better (and more affordably) in a dedicated treatment setting.

Why do insurance companies dislike dealing with addiction patients? In a word, relapse. Many will require multiple treatment episodes before establishing stable recovery — and some will never stabilize. With the elevated risk of OD from fentanyl, the path to recovery is even bumpier, in terms of repeat emergencies requiring costly care.

The folks in the Business Office would rather avoid that, if possible.

Back in the day, it was easier to justify denying treatment for addiction when the public could tell itself that it was the user’s own darn fault. After all, they would argue, “s/he’s the one who made the decision to use drugs, right?” That position is more difficult to maintain during an opioid epidemic that was mostly the result of some misguided policies within the healthcare professions, heavily promoted by pharmaceutical firms looking to sell their products.

Now many of those prescription-dependent folks have turned to heroin. Doesn’t seem fair to blame these victims for a situation not entirely of their making– particularly when we’re still busy counting the profits from those drug sales.

The Senate Finally Has A Weed Bill

Why No Opioid Taper? 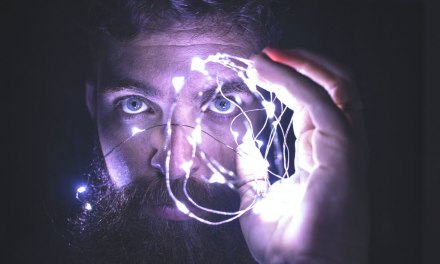