I can see how Smartphones could just make a bad situation worse. Legislation, on the other hand, has a long way to go simply to catch up. 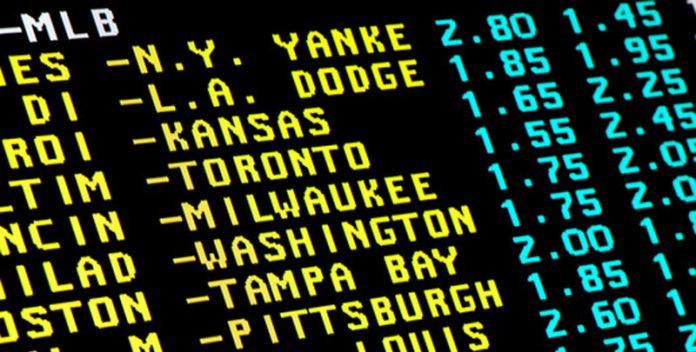 First, something from Forbes on New York’s move to legalize online sports betting — to include placing wagers on your Smartphone. Not everyone is pleased.

Right now this kind of gambling is apparently legal in 21 states, with more to come. If it’s as popular as people expect, it’s likely to expand into Vegas-style betting parlors.

The article traces the trend to a 2018 Supreme Court decision that ended legislation that had prohibited this sort of wagering. The results were immediate and impressive: The very next year, gambling revenue jumped almost 70%. Estimated 2022 take for US gambling interests, meanwhile, is now set at $44 billion.

So somebody’s getting rich off gambling, and it probably isn’t the gamblers themselves.

If experience holds, the number of problem gamblers should increase along with the total number of gamblers. It could climb into the millions. As with drug epidemics, the increase could go undetected in the beginning, due to our fragmented system for tracking and reporting problem gambling.

Many compulsive gamblers simply won’t recognize their problem until it’s quite advanced. Even then, they may work hard to keep those close to them from finding out or asking for help. “My husband threatened me with divorce if I came to your family night,” one woman complained. “I just wanted you to know that, so you wouldn’t think it was my doing.” With no job and three young kids to support, she felt she couldn’t risk it. “Is there a book I could read?” she asked.

Not surprisingly, psychedelic drugs are now being discussed in the popular media as a treatment and potentially a ‘cure’ for compulsive gambling. I wouldn’t count on it. A more immediate remedy might be to incorporate gambling disorders into the network of Drug Courts already in existence around the US. That would at least permit greater oversight and supervision for persons in treatment. Here’s a link to a .pdf about a program in one state:

Gambling and Health in the Justice System

I suspect gambling disorders are such a challenge for treatment because our society keeps making it easier for people to become harmfully involved in gambling, only later to find themselves losing control. Smartphones could just make a bad situation worse.

So I thought it fitting to close with a link to the story of a woman who, since her husband’s gambling-related suicide over a year ago, has campaigned for greater restrictions on advertising, marketing, and promotion of gambling in the UK, where she lives. It reminded me what governments have done with tobacco marketing.

Gambling killed my husband. We must stop this predatory industry claiming more lives

As a first step towards prevention, it doesn’t seem like a bad idea.