I’d argue that America has never adequately addressed its own problems with addiction, which have been with us in one form or another since before we became a nation. 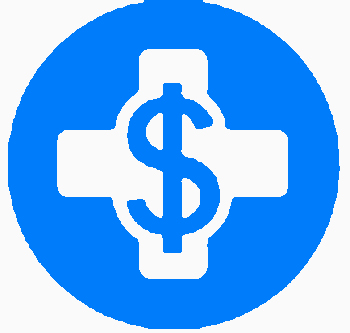 Would Medicare for All be a good thing for addiction treatment? A fair question. I’m confident the ultimate answer would be ‘yes’. But I wouldn’t dare attempt a prediction as to the form it would finally take.

That’s because “Medicare for All” is more campaign slogan than plan. It isn’t uncommon for two politicians to stand next to one another on a stage and give the phrase two substantially different meanings. Some mean a universal health plan with the  Federal government acting as sole payer for all services, thus replacing the current system of private insurance. Others are describing a model in which key parts of the current private system are retained while other parts (and not always the same “other parts”) are shifted to government control. And since all the proposals are still in the planning stage, plenty of unknowns remain.

Also, some proposals depend on a tax increase, while others claim to achieve their goals without one (don’t ask me how). This is important because in a very real sense, America was founded on the idea of resisting tax increases. Some of us object to tax increases of any kind, for any reason, ever. Period. Case closed.

I looked around online for an article that I felt covered the pros and cons of various options in a way that was both fair and easy enough to understand. I didn’t find exactly what I wanted, but here’s something that comes close:

We read 9 Democratic plans for expanding health care. Here’s how they work.

If Medicare for All did become a reality, it would still be an improvement over our current “system”, which is –to put it as kindly as possible– more of a hodgepodge. There are many things about America the world envies, but our healthcare is not among them. You’ve already heard the criticisms: There are too many lives left uncovered, too many barriers to access, too few practitioners and services, particularly outside the big cities. Way too few controls on price, co-pays, out-of-pocket expenses, etc.

I could go on.

From a public health standpoint, this is just asking for trouble. People who lack healthcare (or the resources to pay for it) get sick and then sicker. Along the way they help spread the diseases that make others sick. As the health of the populace deteriorates over time, the costs to society from all this extra illness go up. Way up.

By refusing to provide (or pay for) care in the doctor’s office, taxpayers wind up bearing the burden in the emergency room, the ICU, the surgical suite. Where costs happen to be exponentially greater. We’re talking thousands of dollars a day that could have diverted to other uses.

You already know that addictions are a major contributor to runaway health costs– in the obvious ways, through OD and disease, but also in less direct ways. I’d argue that America has never adequately addressed its own problems with addiction, which have been with us in one form or another since before we became a nation.  It could be that self-help movements have flowered here more than in other developed nations precisely because our government has never taken full responsibility for treating addictive disease. Oh sure, we’ve arrested a lot of people, but to what end?

Maybe this time around…