A Model of Mental Illness

It may help in understanding how the problems that plague some of us throughout life may have come about. And hopefully, in doing so, remove a bit the shame and stigma that often accompanies such problems.

A Primer on Psychiatric Disorders, part 2

We’re firmly in the realm of theory here, but to continue our earlier discussion, let’s take a look at a common model of how psychiatric disorders come about.

We begin with an array of potential ‘contributing factors’ that research has shown play a role in some disorders. That role can of course vary significantly from case to case. Nevertheless, those contributors include:

Genes — as humans, we possess about 20,000 of these molecular units of heredity (way fewer than scientists expected). They pass along thousands of traits through generations of humanity.

Gene expression refers to the process of converting information from the gene to RNA and finally to its ultimate manifestation. Important changes can and do occur during this process.

Personal experience is a vast category that encompasses most of what happens to us — the impact of our parents (or their absence), our individual development, adverse events such as trauma, abuse, substance use… As you might imagine, it’s a real challenge to measure and quantify. That generates plenty of debate. Scientists agree it’s important; they disagree as to how important it is in bringing about a particular disorder.

Viruses are infectious agents that replicate inside the cells of other organisms and are thought to play an important part in the appearance of some serious mental disorders. Toxins are poisons believed to disrupt and impair normal brain function. Nutritional factors center on nourishment (or lack of it), especially during key stages of development. Birth injury usually refers to adverse events surrounding pregnancy and birth.

The theory holds that these factors, and others we have yet to uncover, interact in diverse ways to affect an individual’s brain structure and function, and impact the so-called ‘mental’ processes of thinking, feeling, and behavior.

Yep, it’s overly general. Still, it may help in understanding how the problems that plague some of us throughout life may have come about. And hopefully, in doing so, remove a bit the shame and stigma that often accompanies such problems. 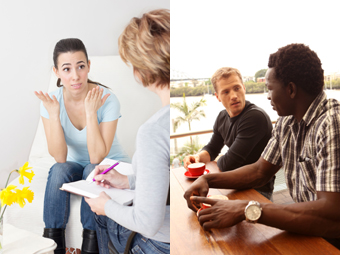