While it may have similarities to other disorders, the emotional dysregulation that characterizes addiction is not the same. 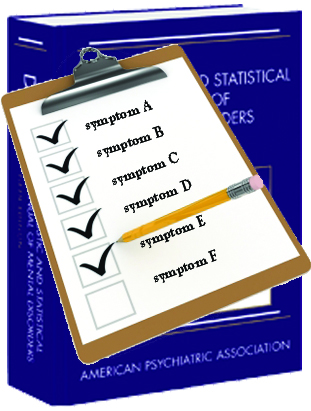 Around this time last year, the mental health world was just gearing up for the appearance of the Diagnostic and Statistical Manual of Mental Disorders, Fifth Edition1, DSM-5. Just weeks before, the National Institute of Mental Health (NIMH), the world’s largest funding agency for research into mental health, noted the need for an alternative to the DSM, citing “weakness” and “lack of validity.”

Others observed that “DSM diagnoses are based on a consensus about clusters of clinical symptoms, not any objective laboratory measure” and asked whether “Patients with mental disorders deserve better.”

A year on, the question remains very pertinent.

NIMH went on to suggest what might be inserted into a fuller diagnosis of mental health conditions: Consider mental disorders as biological disorders involving brain circuits; disorders that implicate specific domains of cognition, emotion, or behavior.

Other authorities2 note that the DSM’s classification of addiction is largely limited to physical manifestations that can be objectively observed, in the interest of maintaining an “atheoretical” perspective. DSM-5 relegates other psychiatric symptoms that affect the well-being and social functioning of addicted individuals to the domain of psychiatric comorbidity.

As an example, the relationship between addiction and symptoms associated with depression or anxiety disorders is very close (the association is frequently observed and noted by clinicians and researchers.) However, this doesn’t rule out the possibility that addiction itself may modify pre-existing psychic structures via chronic drug or alcohol use.

The neural mechanisms that are manifested through various behaviors could be worsened or made more chronic through substance abuse. As a specific mental disorder, addiction might include symptoms pertaining to mood, such as depression or anxiety. Addiction itself may have impulse control dimensions that promote cognitive, executive and emotional dysfunction.

We would add that based on observed, underlying emotional processing and regulation deficits, decisionmaking difficulties are inherent in addiction.3 All these symptoms can be included under the umbrella term “emotional dysregulation.”

Addiction should be treated as addiction. The emotional distress that drives the sufferer to the endpoint of addiction is illustrated in maladaptive emotional strategies that are similar to, but not the same as, apparent “co-morbidities.” The differences are evidenced through behaviour such as relapse to drug or alcohol abuse.

In short, while it may have similarities to other disorders, the emotional dysregulation that characterizes addiction is not the same.

Pier Paolo Pani and colleagues suggest that the state of addiction reaches beyond the result of drug-elicited effects on the brain. It can’t be equated only with the use of drugs despite adverse consequences.

Addiction is a relapsing chronic condition in which psychiatric manifestations play a crucial role. Thus, its etiology cannot be severed from its psychopathological manifestations, particularly in view of the undeniable presence of symptoms and their obvious contribution to the way addicted patients feel and behave, and to the continued use of substances.

Indeed, the psychopathology frequently precedes the addictive process. This constitutes a predisposing background on which substance effects and addictive processes interact, leading to a full-fledged psychiatric disorder.

The author notes: “We write under the pseudonym Paul Henry as we are recovering persons who are also PhDs and academics and wish to remain anonymous for now. We discuss how accurately research describes alcoholics in recovery, models relapse, aids effective treatment, or allows families/loved ones to comprehend this neurobiological disease and why alcoholics are the way they are.”  Paul Henry’s blogs include Inside the Alcoholic Brain,  and The Alcoholic’s Guide to Alcoholism. You can find them on Twitter as Drunken Neuron. 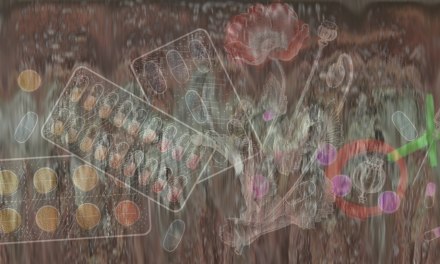