…what would be a physician’s motive for intentionally spreading bad information? Greed, perhaps. Maybe in hopes of boosting sales from which they ultimately expect to benefit 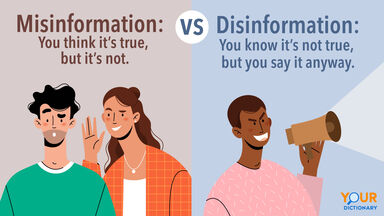 Infodemic is a term that’s being used by the American Medical Association and others to describe the virtually unchecked spread of misleading, inaccurate, and false information about important medical matters. That’s a hot button issue during the pandemic, especially with respect to vaccination and treatment. Everybody says it’s getting worse.

“Physicians,” the AMA’s president is quoted as saying, “have an ethical and professional responsibility to share truthful information, correct misleading and inaccurate information, and direct people to reliable sources of health information”.

Apparently not everyone in the healthcare professions is living up to that standard. I can name a few offenders, and I bet you can, too.

The field of medicine has always included its share of outlaws and eccentrics, busy promoting oddball remedies that don’t work and sometimes put patients at unnecessary risk. Quacks, we learned to call them. With television, the Internet, and social media acting as amplifiers, their reach has been dramatically extended. So is the damage they are able to do.

Here’s a link to a very recent AMA policy statement on the topic:

As for the amplification problem, the AMA notes that “while disinformation by health professionals has spread rampantly… a Center for Countering Digital Hate study found nearly two-thirds of the anti-vaccine social media posts—or more than 812,000 individual posts—could be traced back to a mere twelve individuals, nicknamed the “Disinformation Dozen.”

Translation: a very small number of individuals, some with legit medical credentials, are having a disproportionately negative impact.

Unfortunately, once it’s found its way into the ether, misinformation is damned hard to correct. No matter what we do, the bad info remains a step ahead of the good.

What’s the difference between misinformation and disinformation? The former is false, but not necessarily on purpose. The intent to deceive may not be present. A physician who, for instance, advocates for an unproven (or even disproven) treatment might be convinced of its effectiveness, in spite of prevailing evidence to the contrary. In other words, they’re just wrong.

Disinformation, on the other hand, has to be deliberate. The intent is to mislead or deceive. It’s easy to understand why a hostile foreign power might want to engage in systematic spreading of disinformation, to undermine its rivals. But why would be a physician intentionally spread bad information?

Greed would be one motive. Maybe the doc hopes to boost sales of a treatment or product from which they ultimately expect to benefit, financially or otherwise. I recall a case where a group of physicians were accused of over-prescribing opioids just to make certain that patients keep coming back for more treatments at their clinic. I guess one sure way to guarantee repeat business is to addict your customers.

Then there’s the issue of deceptive marketing. Let’s say claims are made for a therapy or a medication that are way beyond what a patient can actually expect to gain. We’ve all seen that happen? Maybe they resort to advertising that exaggerates a product’s benefits while simultaneously downplaying some very real hazards.

As I said, once it’s out there, it doesn’t seem to matter how many responsible experts show up to dispute or debunk the bogus claims. Bad information can still win the battle for attention — probably because that’s what the audience wants to hear.

I’m reminded of the story of the married couple who impulsively drank bleach in a wild attempt to prevent COVID. That was because of something they heard on television. If I recall correctly, they were reluctant to get vaccinated.

The AMA has never been viewed as a politically progressive body, so their interest in this issue is refreshing. They’re concerned, of course, about the effect of wanton disinformation on the credibility of the medical professions and physician advice in general.

I think they’re right to be concerned. And so are the rest of us.