Wellness products, which unlike prescription drugs can be promoted with little or no oversight from the government, are ideal for the Wild West atmosphere of today’s Internet. 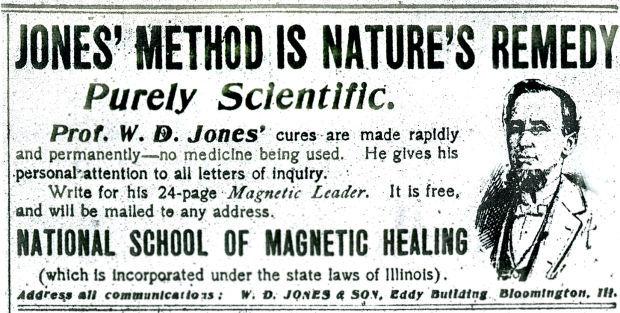 This time the issue emerges via a documentary from Netflix. It’s worth a look. Here’s the link:

The dark side of wellness: behind a Netflix series on a murky industry

I’m using the term “Wellness” not in the healthcare sense, but in the way it’s used in business circles – as a market segment that can be exploited for profit. It’s definitely experienced a period of growth beyond what had been predicted. Current total value: $4.2 trillion.

I had trouble believing that, but it’s true.

Social media is behind most of that growth. Wellness products, which can be promoted with little or no oversight from the government, are ideal for the Wild West atmosphere of today’s Internet — where extravagant claims go unchecked and the definition of fact changes daily, like the weather.

As one observer put it, that adage about a sucker born every minute? It’s more like nanoseconds.

It’s an echo of the 18-19th Centuries and the era of patent medicines – commercial preparations hawked in shops or by traveling salesmen as ‘cure-alls’ for a multitude of common ailments. No science to support their effectiveness, so they were sold on the basis of testimonials from doctors, satisfied former patients, and paid celebrities. In fact, patent medicines were the first great success story for the fledgling ad industry. Like pro sports and local newspapers – they promoted one another as a way of marketing their own product.

Problems emerged. For one thing, most patent medicines didn’t work. Some actually made people seriously ill. That ultimately led to efforts to protect consumers through agencies such as the FDA. Many of today’s regulations stem from that period – the early 20th Century.

The enthusiasm around CBD oil is a recent example. Claims for its effectiveness have far outstripped the available evidence. I’ve seen commercials on television for a new product that supposedly improves your mood as well as relieving any pain you may be experiencing. Better still, it’s fast-acting, completely organic (or mostly nearly completely organic). Just spray directly into the mouth, like a breath freshener!

Nobody at work or school need know you’re using cannabis!

Here’s something on the subject of effectiveness. It’s from last year, but I doubt things have changed much since then.