It’s still just nicotine, after all, even if someone doctored it to smell like creme brulee.

Here are a couple recent stories about the multibillion dollar investment made in Juul, the insanely popular e-vaping device, by Altria, which is actually the rebranded Philip Morris company.

Yep, the folks who make Marlboros.

The investment drew media attention not only due to the purchaser and the vast sums involved, but because of the million dollar-plus bonuses to JUUL employees. Now that’s what I call a windfall.

$1.3 million: the average bonus Juul employees get after a deal with a cigarette maker

By the way, psychologist and linguist Steven Pinker refers to such corporate name changes as attempts to “switch its image from bad people who sell addictive carcinogens to a place or state marked by altruism and other lofty values”.

It’s a story of commercialism, money, and of course, politics. The old Philip Morris was a big player in the lobbying world, and so is its offspring. If there’s one thing Altria should appreciate, it’s the importance of hard political work to suppress regulation (they’d call it overregulation). That should come in handy as the industry faces new scrutiny over teen use.

Altria claims it wants to dominate the adult market while keeping its products away from children. So they spend $13 billion to buy a minority interest in a company known primarily for its ability to attract young users? With a history of targeting that market segment?

I don’t know that anybody predicted the rise of Juul, as there were already plenty of competitors in the marketplace.  Juul did offer a few clear advantages. Such as:

It’s still nicotine, after all, even if someone has doctored it to smell like creme brulee.  It’s addictive. A single JUUL cartridge is equivalent to 20 cigarettes, and at one cartridge per day, you’re well into the realm of dependence.

In the long run, that’s really what Altria and other companies are after. As a friend in the marketing field put it: the best customer is the one who’s addicted to your product. A Holy Grail of sorts, from a sales perspective. And if they start young enough, there’s the promise of a paying customer for decades to come.

Think what that can do your stock price.

We learned through experience that Big Tobacco isn’t concerned with our health, or that of our children. That’s why they went to such lengths to deceive the public about cancer risk. We should realize that if problems emerge with the new breed of vaping devices, the temptation will be to hush those up, too.

It’s a classic example of a natural conflict between the interests of the society or consumers and the self-interest of a big corporation selling products on behalf of investors. History’s full of such cases. It’s often the motivation for ethical lapses. Or worse.

By the way, from the DSM, some common symptoms of nicotine withdrawal. 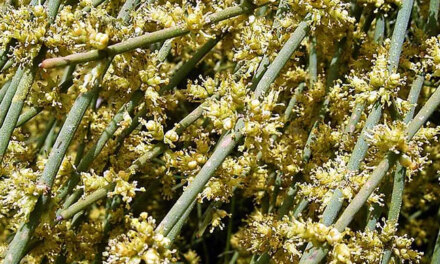