When they get sick with diseases related to substance use, they’ll avoid going to the doctor or hospital, until their illness is advanced and more extensive and expensive care is involved. 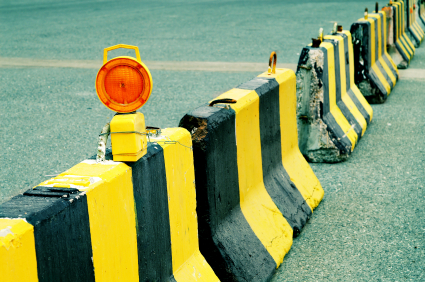 A bit more on the situation in Kentucky: I see the current administration is moving to add still more requirements for Medicaid recipients. First they wanted proof of employment or training. Now they aim to require applicants to complete a course in health or perhaps financial management.

I’m sure this all sounds perfectly reasonable to conservative voters, but in practice it usually translates into fewer people getting healthcare, including help for their drug dependence. That’s too bad because Kentucky is one of those states where the opioid epidemic began. The outcome research suggests the state benefited substantially from Medicaid access, and now it seems that the current administration intends to roll that back.

Might be that they fail to grasp exactly how easy it is to discourage people in need from seeking or accepting help. It’s not only stigma that’s the barrier. All that’s necessary to discourage most Americans, rich, poor, or in-between, from getting healthcare is to make it inconvenient or costly. Or both.

If you’re like most of us, you expect a reminder from your doctor or dentist a day before your appointment. It’s extra work for the office staff, but if they don’t make that simple call, chances are many or even most scheduled patients won’t show. Providers learned this the hard way.

It’s because people tend to forget appointments. Or have transportation problems. That’s especially true for poor people. They often miss the bus and arrive late. In a busy clinic, being late is about as bad as missing the appointment altogether. The office still has to pay the staff.

But the most obvious barrier is payment.

A big chunk of the opioid patient population is either indigent or uninsured. Most didn’t begin that way, but drug addiction tends to impoverish people. Many became eligible for healthcare only through the  Medicaid expansion in their state. With the new requirements, a significant percentage will simply drop out and return to street drug use. When they contract other  diseases related to substance use, like HIV/AIDs, STDs, hepatitis, etc., they’ll put off a visit to the doctor for early treatment. They’ll procrastinate until their illness is advanced, requiring more expensive and extensive care. Mostly likely, when they finally do access medical care, it’ll be through emergency services.

Many politicians who oppose Medicaid expansion worry that it will be abused by fellow citizens who they regard as ‘undeserving’ of healthcare, often because they can’t contribute financially to their care. Such as this from Kentucky’s governor: “Why should a working-age person not be expected to do something in exchange for what they are provided?” The assumption is that it’s somehow the result of laziness or an unwillingness to go to work.

But there’s another common reason for poverty: illness. That’s what opioid addiction is, you know– a chronic illness. Perhaps the Governor doesn’t believe that. Maybe he thinks that someone who’s been strung out on heroin or fentanyl for a number of years should be able to snap out of it based on willpower.

If they could do that, we wouldn’t have called them “addicted” in the first place.

Anyway, making employment or education a prerequisite for healthcare is just another way to reduce  the number of folks in treatment for drug problems. Frankly, I can’t help wondering if that’s not been the real goal all along.